This run was originally advertised as a virtual run and I entered it as such.  The format is to run at least one mile on the hour every hour, starting at 8am on Saturday 19th June.  I had done a new year version of this, running across midnight,and had managed 20 miles before I gave up and went to bed.

Rik Vercoe of Phoenix Running decided to add an ‘in person’version based at Denbies Vineyards in Dorking.  There was also a half marathon, marathon, 50 mile and 100 mile version at the same time.  I decided to upgrade to the ‘in person’ P24 and see what I could do, hoping for 50 miles.

Saturday dawned cloudy and chilly, with rain forecast through the night.  Rik had devised a one mile loop through the vineyard, all of it on grass or packed trail.  There was a bit of mud after the recent rain but it wasn’t too bad.  The route wasn’t entirely flat, but it certainly wasn’t hilly!

I intended to ‘front load’ as much as possible so I could have a nap at some point during the night.  So I tried to do at least 3 loops per hour for as long as possible;  I managed ten 3 mile loops and one 4 mile loop initially.  As my pace slowed I wasn’t getting enough of a break between the hours so I dropped down to 2 mile loops.   Once I had been told that I was top of the leader board in terms of distance my competitive streak kicked in and I was determined to maintain my lead!

The event was broken up with different miles – there was a family mile, a sprint mile, the booze mile (a tin of G&T went down a treat!) and the fancy dress mile.

As the night went on I became sleepier.  Red Bull, coke and coffee helped a bit but during the 3am mile I found myself hallucinating, and literally falling asleep as I walked sodecided I needed a power nap.  I headed for the van, set my phone to go off in 30 minutes and had a sleep.

Meanwhile, the 100 mile runners were still going.  Including an amazing woman called Sarah Marshall who had run the South Downs 100 the previous week.  She not only managed to complete this 100 miler a week later in less than 24 hours, but she had chosen this event to be her 200th ‘marathon’!  She had provided some little pots of chocolate torte which were absolutely delicious but also gave one hell of a caffeine kick!

This is an interesting format for an event.  I think the best way to do it is as part of a group and make a real party of it.  Many of my fellow P24-ers were drinking and having a laugh for much of the night and most were doing only one mile each hour.  As I had to drive myself home I limited myself to the one drink before midnight.  But there was beer, cider, wine, and prosecco flowing. 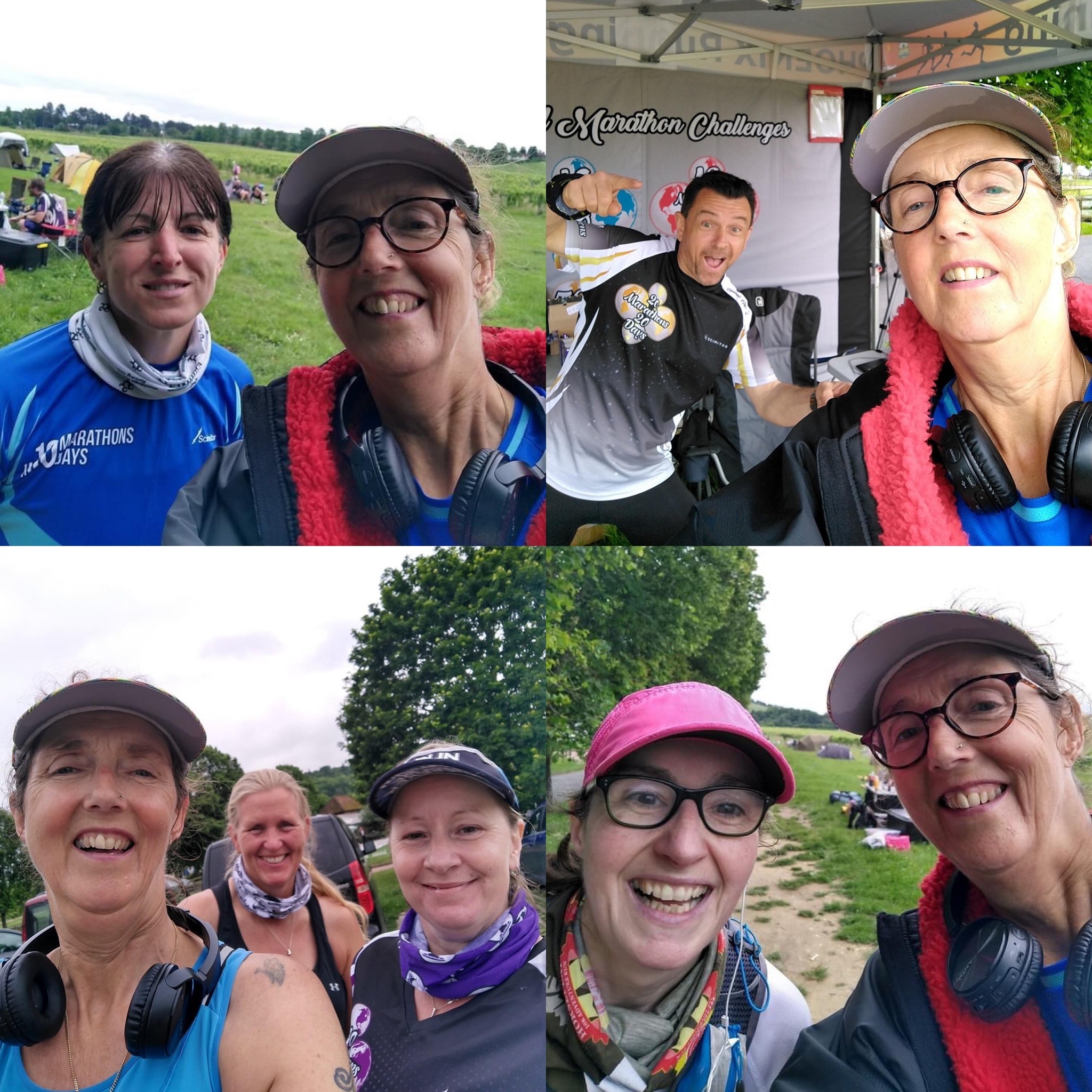