A little Easter challenge was set by the captain to relieve us from the lack of competitive road racing during the long weekend.

33 Traccies took part in the virtual racing, this involved us all using a route near where we lived to keep within Boris’ guidelines. Some choosing a fast-downhill route using the wind as an advantage and some deliberately making it hard by running up every hill nearby or leaving it until Monday to push into a 30mph north easterly! This all kept it low key along with the slightly varying distances submitted, inaccuracies on GPS and the lack of shoulder to shoulder racing.

A runners world based age graded calculator was used as a leveller to give us all another perspective. A performance by V70 Glyn Jenkins using an amazing 51:26 to convert to 33:44 almost gave him the lead! And Just 18 seconds claimed me the lead. Joanne Holl led this league in the Ladies converting to a sub 40min time, closely followed by Nikki Boyes in second.

Overall Dan Clarke set an early benchmark of 36:15 to take first place. The battle for third and fourth was between Richard Allan and Jamie Collins divided by just two seconds! Imagine that in a sprint finish. Overall Ladies Abigail Cardwell set an early time of 42:46 to give Jasmine Lasslett a time to beat as the two running girls ran unusually solo this time.

Some other notable performances were V50 Phil Stevens 41:32. Our Chairman Peter Heath V60 50:42. Our Webmaster Andrew Richardson 40:24 coming close to sub 40 I’m sure in a real race. My performances of the weekend go to Andy Stevens and Son Jake for using every hill within reach of a 10k route near home.

Mainly it was all about fun and improving our social distancing running skills, thanks to all for taking part. CB. 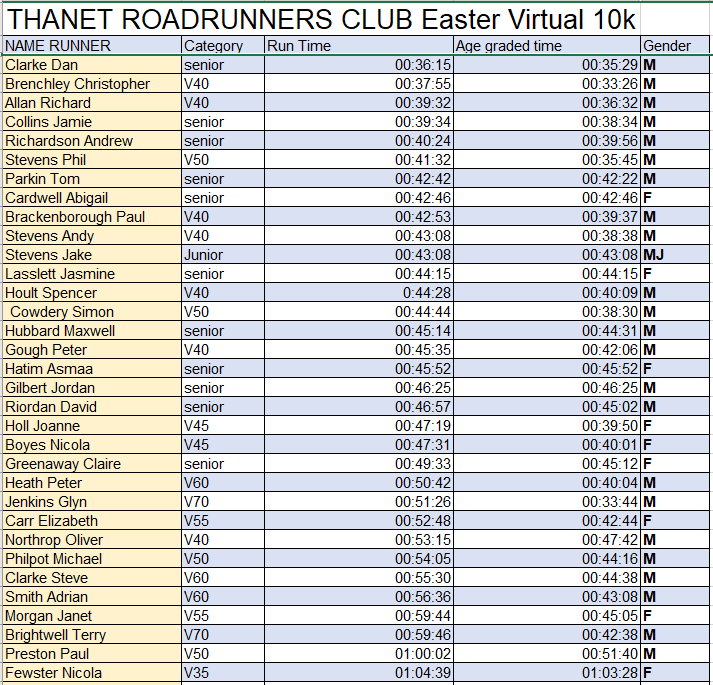 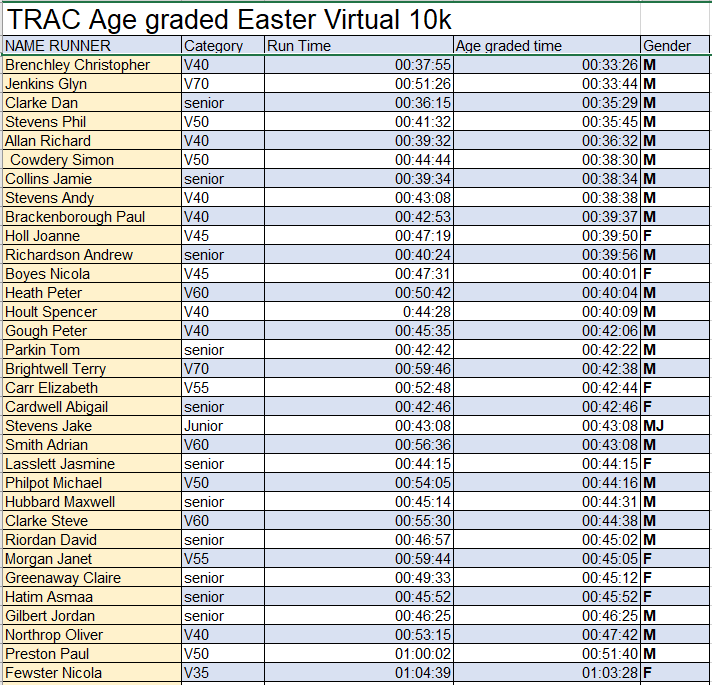 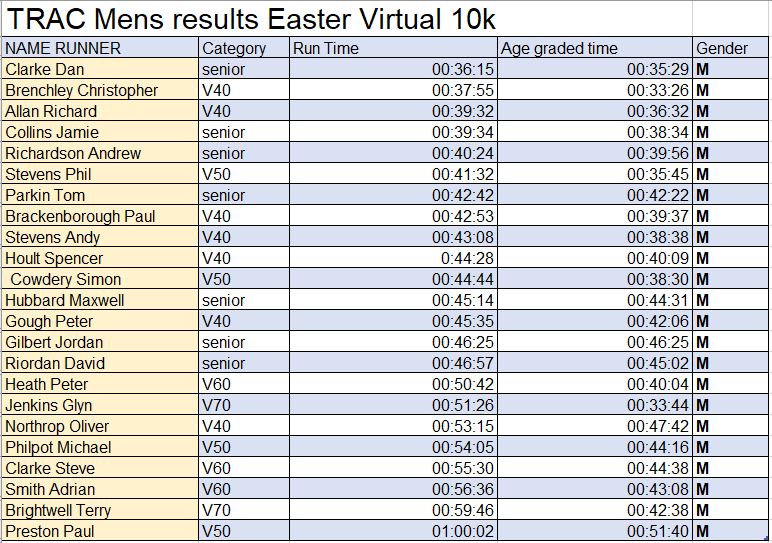