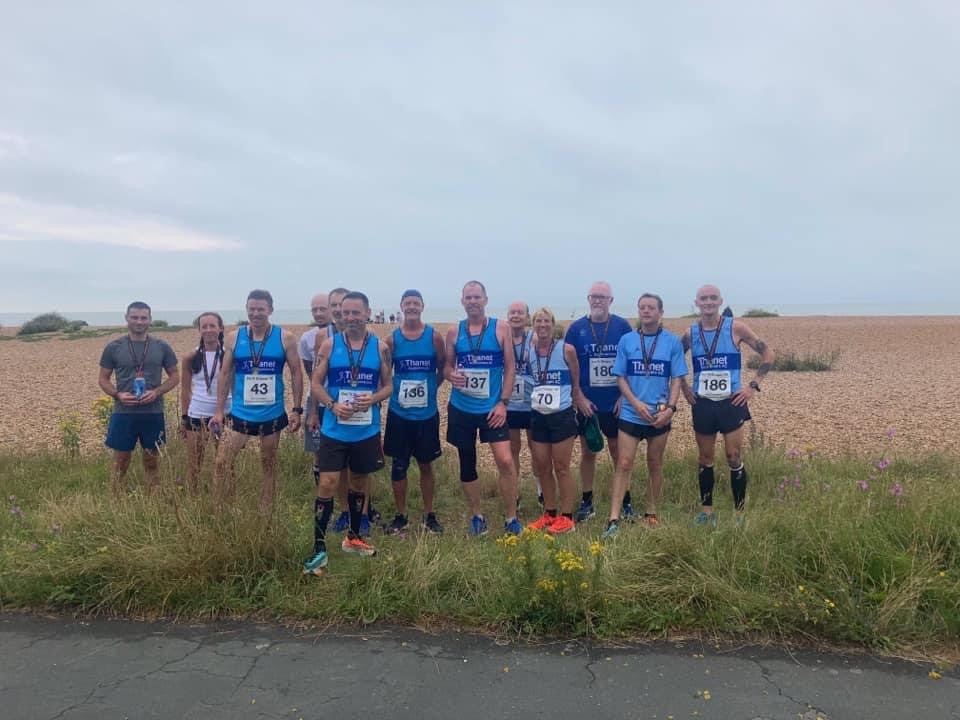 Our first club champs’ race of 2021 was the local Deal dinosaur 10k race. A great turn out with 18 of us Thanet Roadrunners taking part, with some hoping to add to their 2020 scores.

Ruby has summed it up below.

I had such a fantastic morning Sunday at the Deal Dinosaur 10K, for the first time since the pandemic, it was great to see such a superb TRAC turnout at the race, with so many amazing results to show what a strong club we are all part of. Its lovely to see the comradery and sense of community back in the sport!

With Andy Stevens leading the whole pack in a knock outtime, Chris Brenchley steaming along to no surprise, and Simon Arter not long behind him on newborn baby sleep (hats off sir), I chased down the finish with a sub 40 minute on the agenda!

I have only just started racing the 10K distance, and it’s taken me a couple attempts to figure out how far I can push, thankfully the day played into my goals nicely, with the temperature not too warm, and no sign of the thunderstorms that had originally been forecast.

Spectatorship at the start was strong, I have been wondering if the crowds of support would return to pre-covid levels, the hustle and bustle and pre-race excitement was there Sunday.

We started on a nice flat road along the sea front, this made for a pretty quick pick up to race pace!

The road started to meander and undulate slightly from the second mile, it was quite forest like in parts, being shadowed by trees above on a steep down hill after the climb efforts.

Miles 4 to the finish were back to flat road, we raced up a busy road and slipped back onto the prom to finish back on the same strip we had started out on.

I enjoyed the course overall, and I would say it’s a fast course despite some of the hills to climb.

It was a well-organised race, the announcer at the start had a good sense of humor and I’d certainly recommend it as a good, local course to do.

I finished with a time of 39:14, and to top it off attained a club record. This was a far better result than I’d hoped for, I am one happy runner girl 😊

Thanks for the report Ruby and well done with the record time from all at Thanet Roadrunner AC.

TRAC enjoyed the podium with.

In the junior race well done to Maddie Morgan who was also on the top step claiming a first overall girl.

See some you at our next club champs’ races https://thanetroadrunnersac.com/club-championships/ 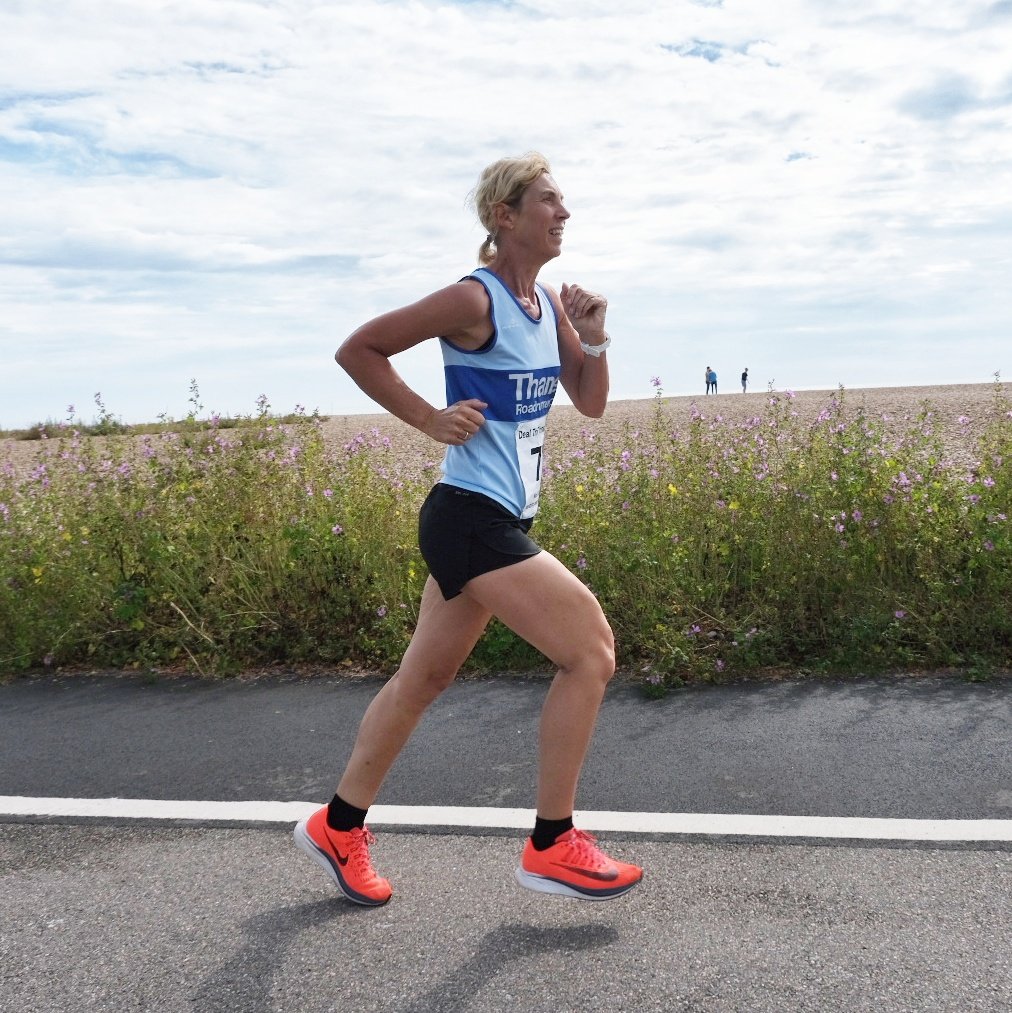 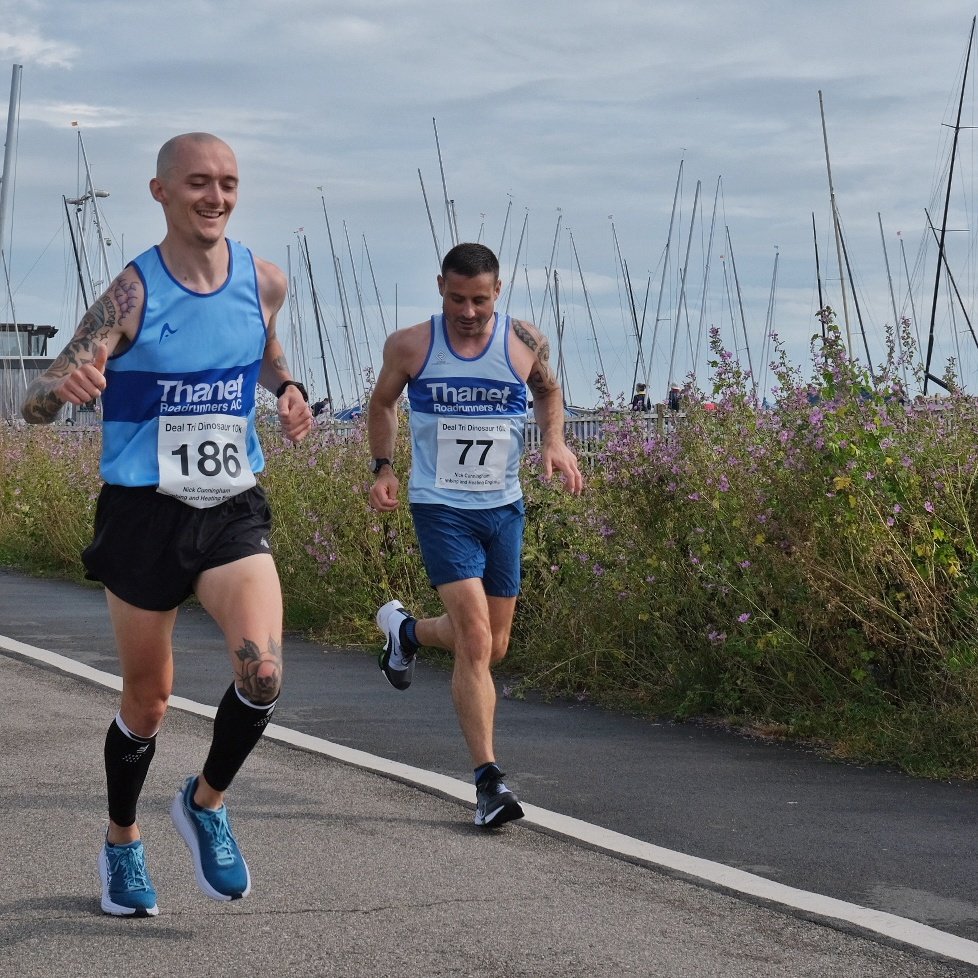 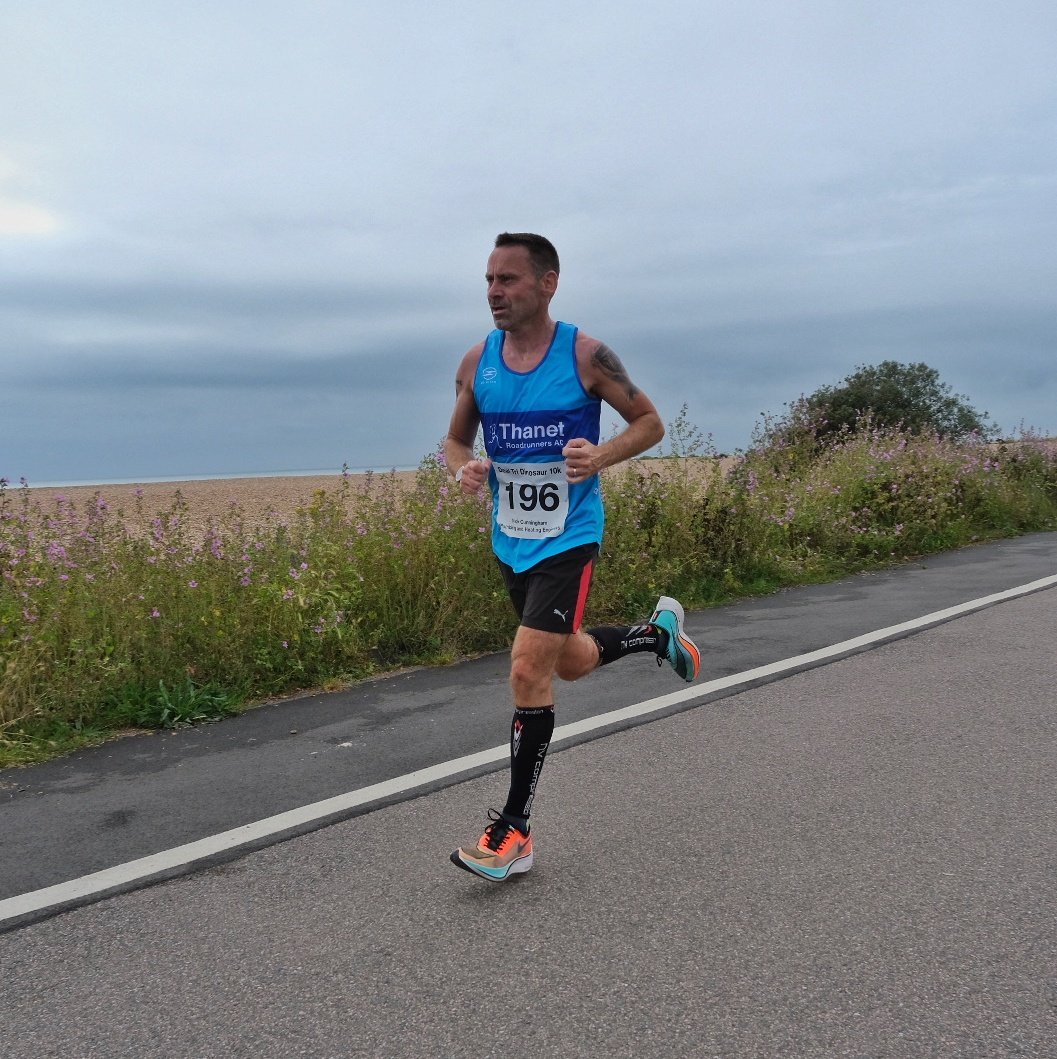 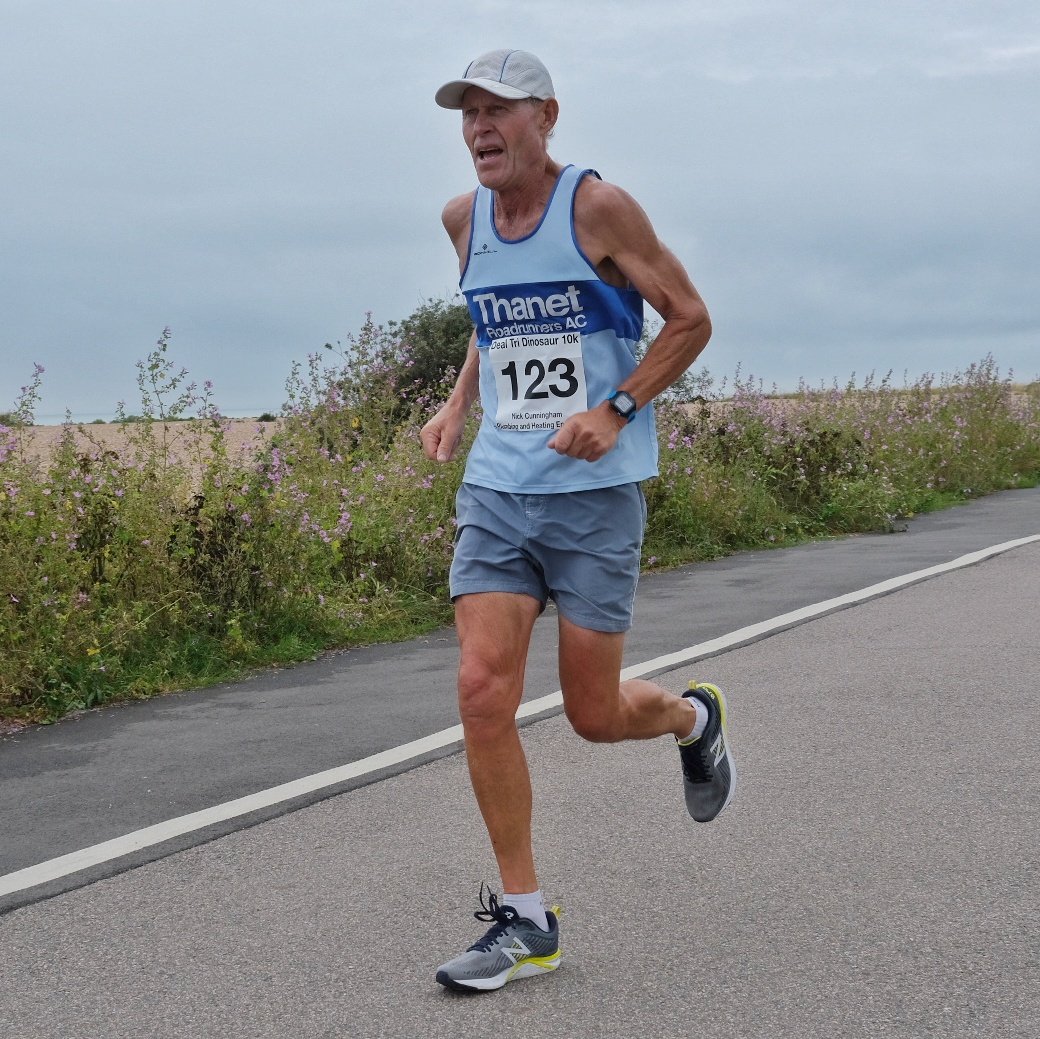 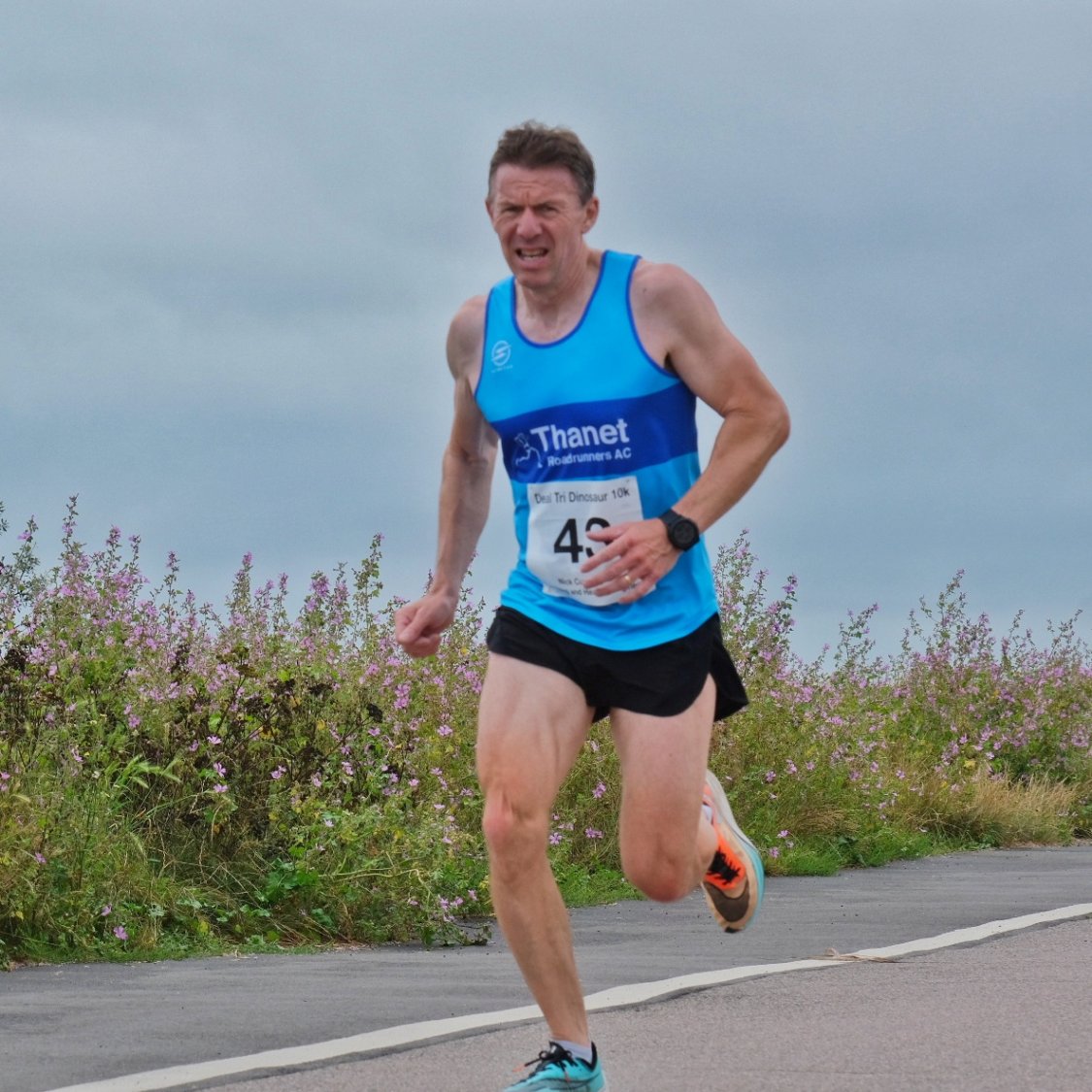 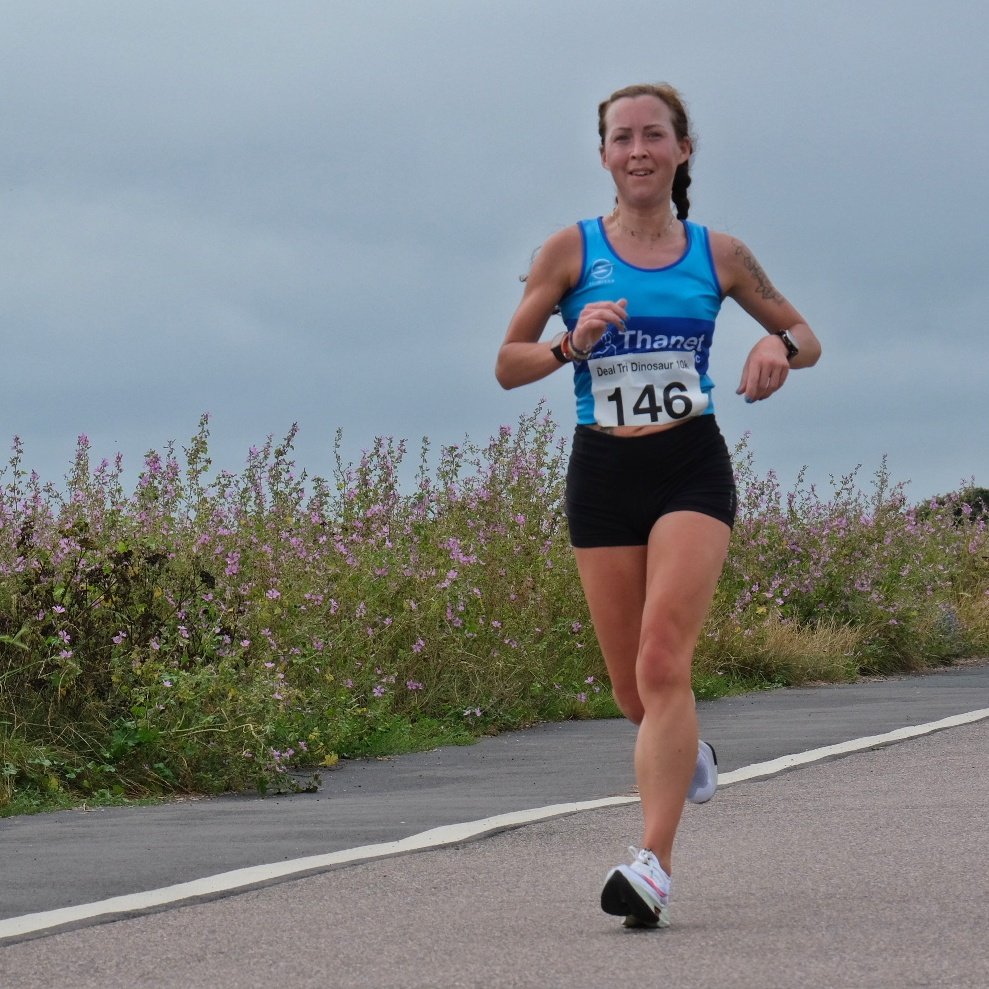 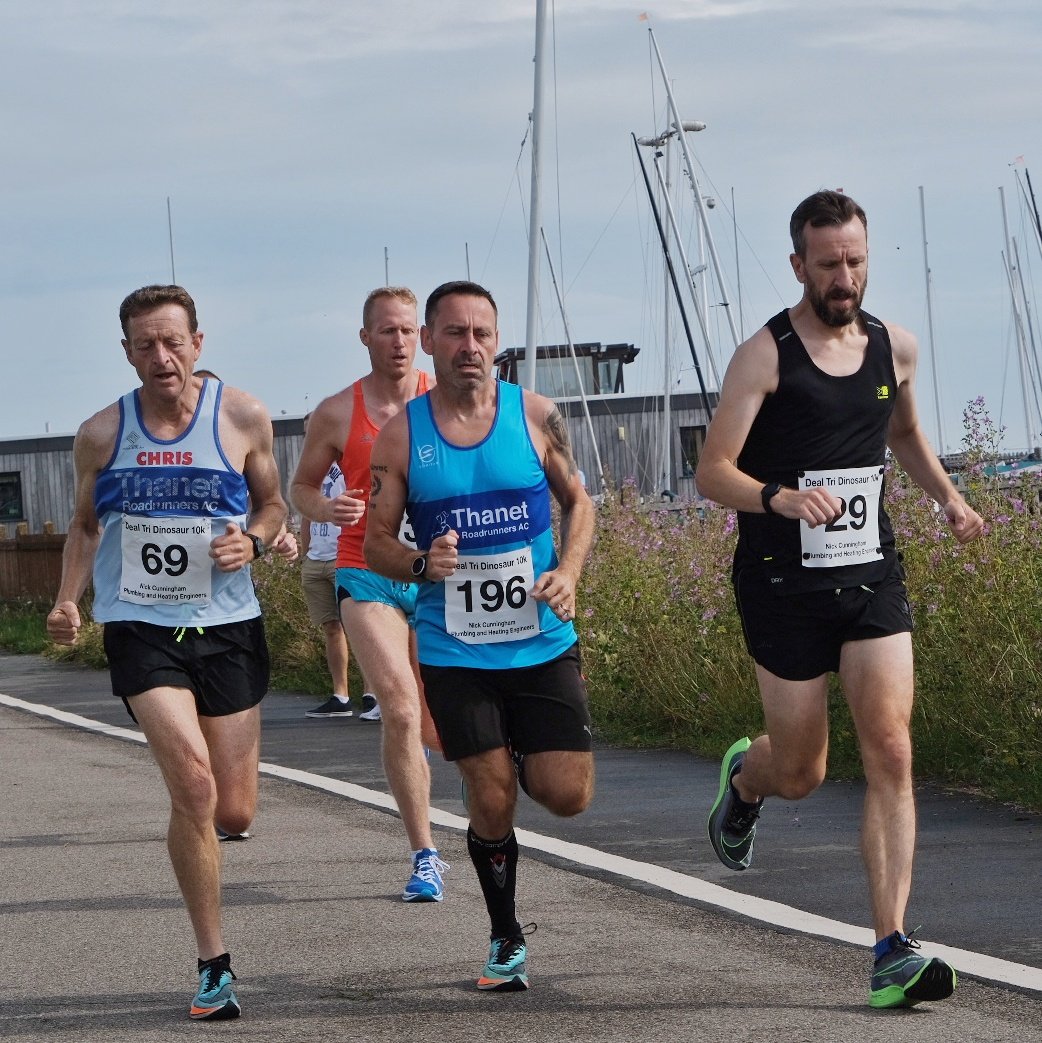 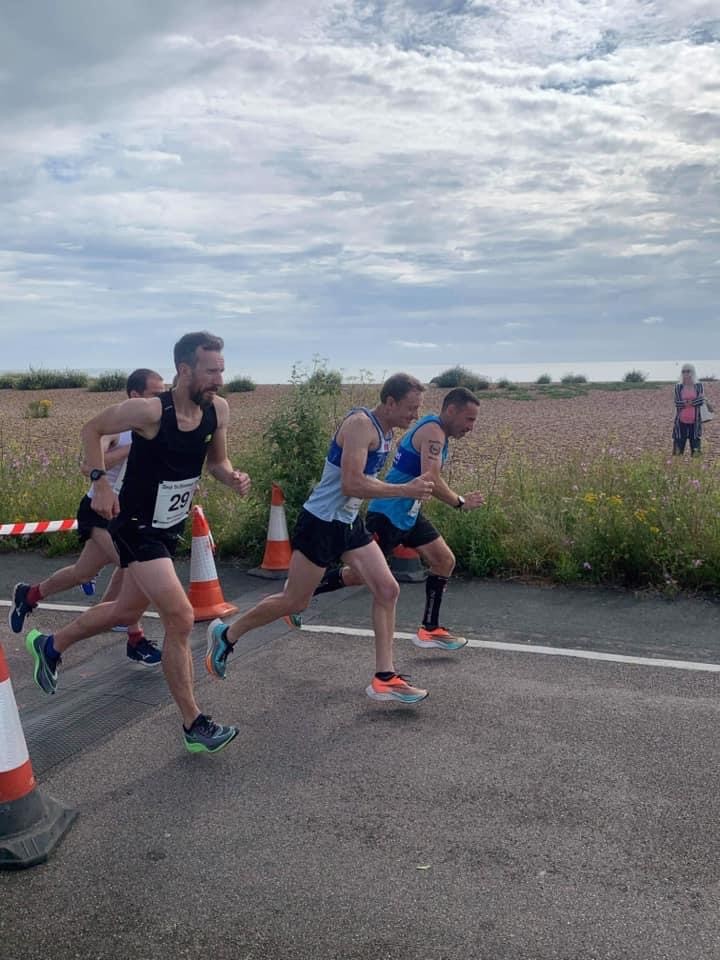