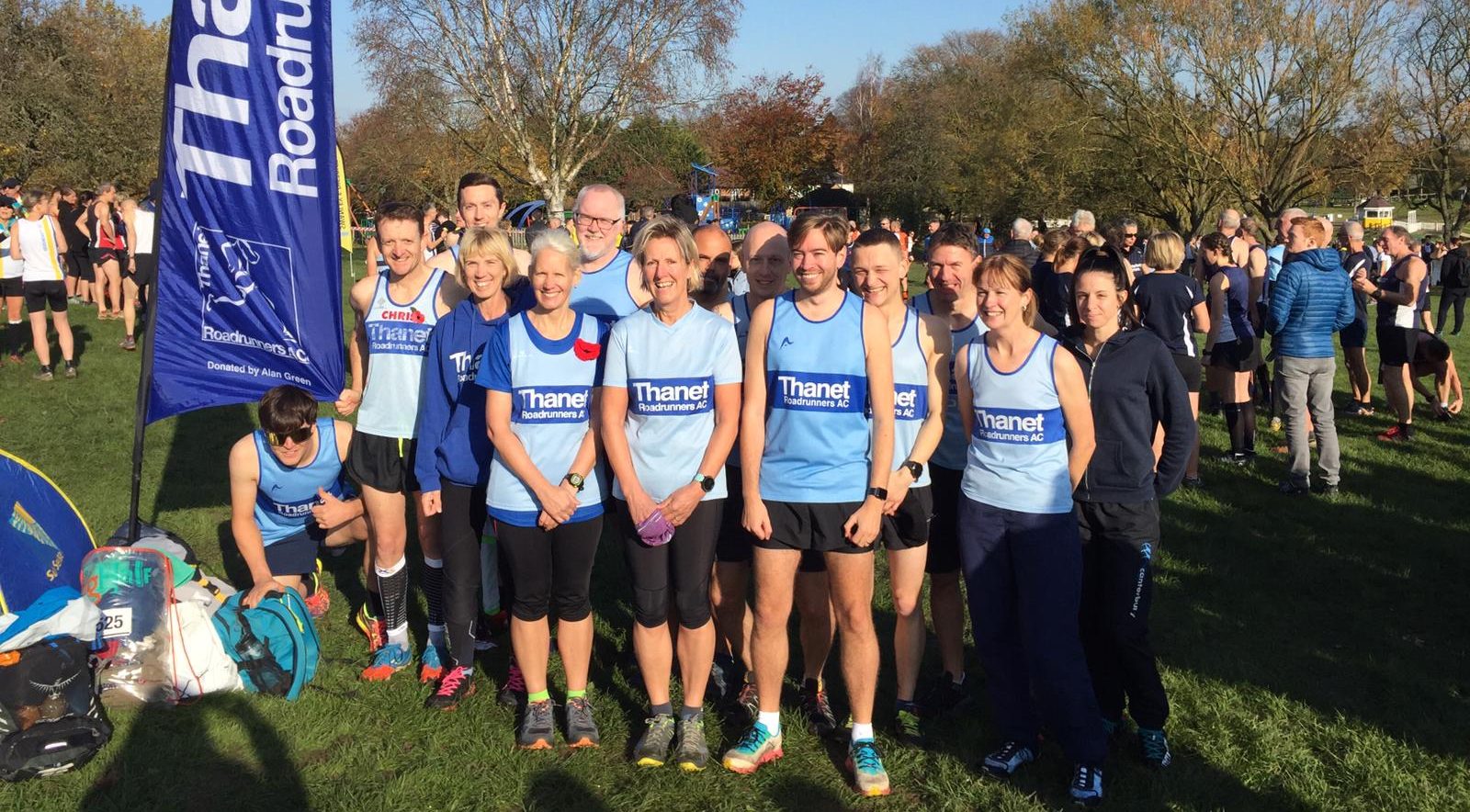 The second race in the Kent Fitness League saw our Thanet Roadrunners head out to Swanley Park. Again, we were able to field our full complement of male and female runners which gave the club its best chance of scoring well.

A five mile route made up of two and a half circuits of the park lay in wait and despite a gloriously sunny November morning, rainfall overnight ensured that it kept the terrain ‘interesting’. Compared with last week at Knole Park, this race didn’t have as many inclines but what it lacked in hills, it made up for in muddy trails.
After an immaculately observed minutes silence for Remembrance Sunday, our runners were underway. Being a course that involved several loops, it didn’t take long for the ground to get churned up and really tricky underfoot with many runners seen slipping and taking a tumble as the race went on. The softening ground and muddy tracks made it impossible to switch off concentration, as every step became a leap into the unknown in terms of stability and traction.

All of our TRACies managed to dig deep, stay upright and finish strong with many of them either improving or maintained their standings from last week.

Jack Bradley and Maria Skinner continued to lead the way as our fastest male and female finishers. We also had several new additions to this seasons ‘squad’ with Matt Collyer finishing in an impressive 33rd and Pauline Petitt putting in a really strong performance to help are ladies team score as highly as possible.

It was, again, a really solid team performance again that continues to supportive and inspiring.

The next race in the Kent Fitness League is at Oxleas Wood on 1st December. Please get in touch if you want to get involved.