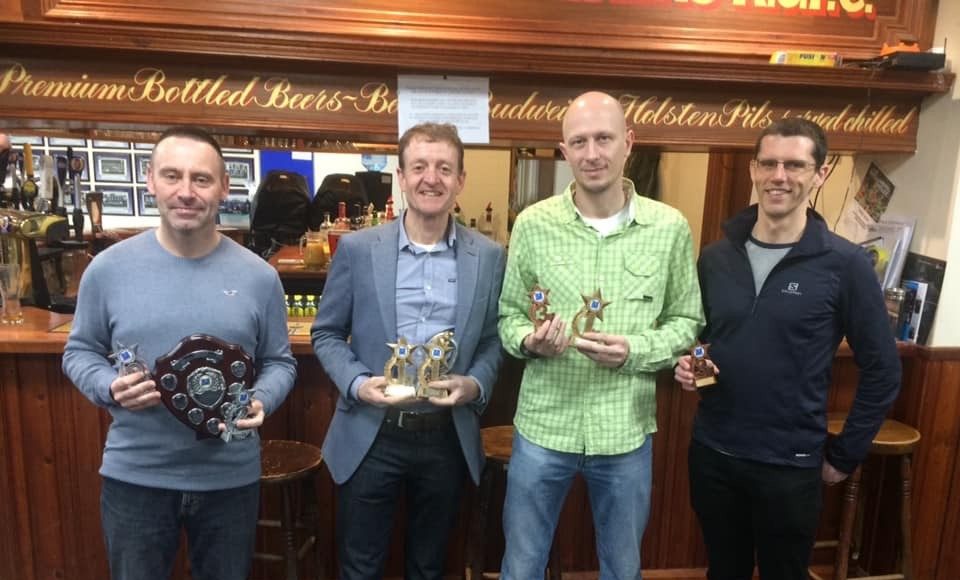 There were awards in all age categories for our Club Championships, Track 5K Time Trials, Cross Country, The Runners Runner of the year and also a number of special awards to recognise a number of individuals running achievements.

The evening featured members old and new in what was a record attendance. There were so many inspiring award winners along with a fantastic atmosphere throughout the evening. 2019 was an incredible year for the Thant Roadrunners and we hope to see this continue into 2020.

The Award winners on the night were:

The Kent Fitness League is a cross-country series with races that are staged across Kent. It pits 18 different running clubs against each other through forests and muddy trails, up steep hills and down through deep dirty dykes. Its a lung busting, eyes out race to the finish line. Pacing plans go out the window  and carbon fibre road racing shoes are no use to anyone here. Adverse weather meant the series was limited to joint 5 races at Knole Park, Swanley Park, Oxleas Wood, Shorne Wood and our own Minnis Bay.

A total of 30 Thanet Roadrunners (14 women and 16 men) stepped up, embraced the conditions (some more than others) and completed at least one of the races in the series.

Overall, Thanet Roadrunners finished in 11th position out of the 18 clubs in league which was an improvement from last year’s 15th position. Our Women’s Team finished in a very impressive 9th overall which was an improvement on their 12th last season and our Men’s team finished 11th, also improving on last year’s 15th position. These improvements in positions demonstrate the hard work all of our athletes have put in over the past 12 months as Team TRAC continues to punch well above its weight in competing against Kent’s best.

After a few years of an age graded cup using all 6 KFL races. The committee agreed this year two competitors Ladies and men’s winner could be agreed by the captains as the league was cut shorter both by races and weather/safety. Two stood out as the highest achievers. Both have either also represented their workplace or club at national level.

The Kent Grand Prix is an individual and team league made up of 10 Kent road races of various distances.

Individually, our stand out performances were:

On behalf of the club our Captains (Chris and Nikki) would like to personally thank all 34 TRACies who took part in the Kent Grand Prix events to help achieve this for our club.

TRAC Runners Runner of the Year