We are back! The Smugglers 10k saw the return to racing, since the postponement and cancellation of many events due to the pandemic. Originally set to take place in March, the course was a flat and fast out and back from Minnis Bay to Reculver, or so we thought.

Social distancing measures had been put in place, along with the wearing of face masks in the festival area. Race packs were collected at the event, which also contained the medals as well. Each runner was given a wave, which corresponded to their predicted finish time. There was no starting gun or countdown. Due to the distancing, the event saw a rolling start. I found this better, as there was no hustling for position in the pen, and no congestion after the gun.

As the event was chip timed, it made no difference when we set off, so I hung back and let the runners in my wave go out first. A short jog up to the line, hit the start button on my watch and the race was on. It was more about time for me, so I quickly got up to pace, shifting past most of the runners in my wave. After the first kilometre, the course dropped down onto the track next to the sea wall, which was the same route used for the Kent Fitness League Cross Country event. This change from last year’s event, obviously kept us away from the public and allowed the event to go ahead. The next 2 miles was a case of picking the best surface to run on, avoiding pot holes, up and over small mounds and occasionally rolling the ankles.

Shortly after the 2 mile mark, I overtook the guy in front to put me in fourth place. A short hill took us back up onto the sea wall and into a no overtaking zone. Being back on the tarmac, I picked up the pace, shaking of the runner on my shoulder, but still into a brisk headwind.

The 5k marker was a dead turn around a cone and time to pick the pace up even more as I was behind the finish time I wanted.

The second half of the race, was the usual sea wall back, but with the sun beating down, it made it a bit uncomfortable. I kept checking behind, but I was a good few minutes in front of the runner behind me, but third place was out of reach. Settling into my stride for the final 2 miles and onto the green, I ran through the finish line with a new PB of 40:23, and in 4th place overall.

The event was well run, with the safety of the runners an obvious priority. With officials watching over from the UK governing athletics bodies, hopefully this has done enough to show that we can get back to some sort of normality with regards to racing. 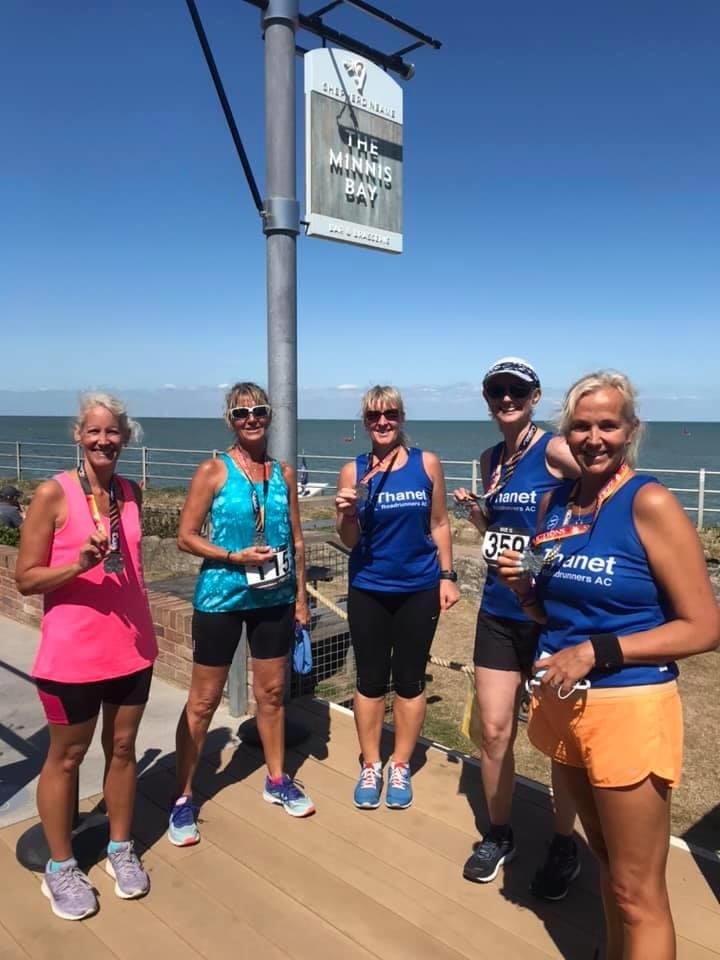