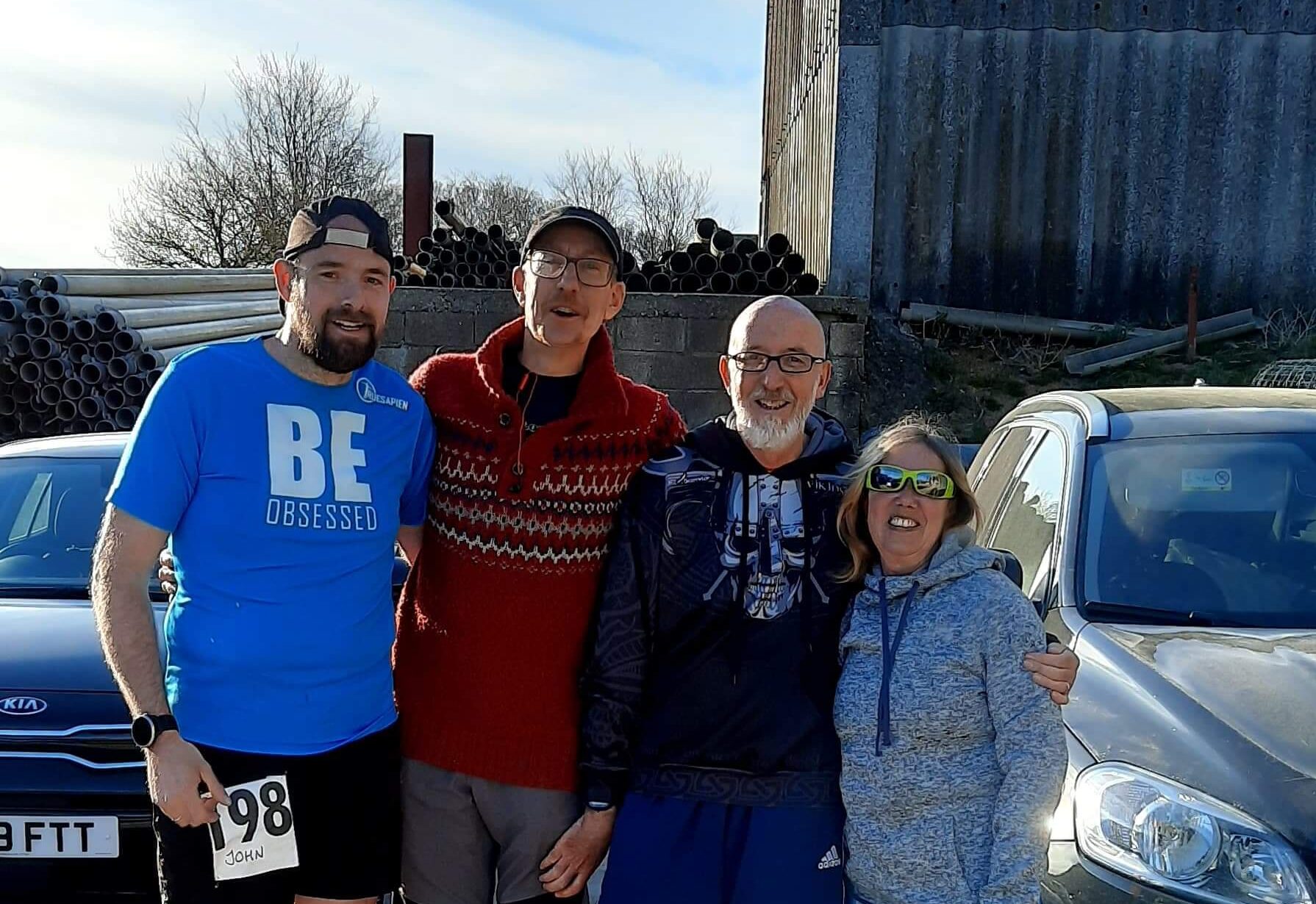 On a sunny, if not chilly morning, four of Thanet road (Ultra) runners took to the trails of Marsh side for a day out. Armed with cheese sandwiches, mackerel (most probably, as I was not privy to the eating of) and diluted warm cola (yum, yum).

We were four warriors, all having battled our own health, injury issues and have come out fighting the other end (sort of). Bob Wild had not only entered the “pain cave” with the great achievement of being only one of a handful to runners to complete the massive Monarch’s way 625 miles, he remains in it.

John Hunt due to injury issues had not run any kind of distance within the last three years.

Mark Foster: (aka, the father of ultra) who got me round my first ultra at Marsh side and at present is running very well.

Me, injury almost six months ago, two fractures and a shattering of head of humerus, no running for ten weeks, then slowly started clawing myself back, so makes perfect sense to attempt a 50 miler.

What could possibly go wrong between us?!

It was a covid secure event, so we started at different times.

The route consisted of eight 6.3 mile laps. I know for some runners laps are not “their thing” but given we are emerging out of lockdown, and being an SVN event, most folk were in good humour and the atmosphere was great. Each lap had four defined sections, with the option to stop off at the Wantsum brewery on every lap!  At around the three mile mark was the now world legendary “jelly baby corner” aided by the hostess with the mostess, Sharon Foster, accompanied by the man that is Derek Sackett. Without them would have made the route more of a slog and having to carry our own supplies.

So, cue a lot of talking on my part to anyone who would listen and “picnic” stops the day went along quite happily. Mark and John were in the very far distance and apparently every time John saw a toilet, it had to be used. Bob, who is in pain every time he runs actually hiked the whole route accompanied by his Gandalf stick; a lovely couple they were too.

Overall a great time was had by all.