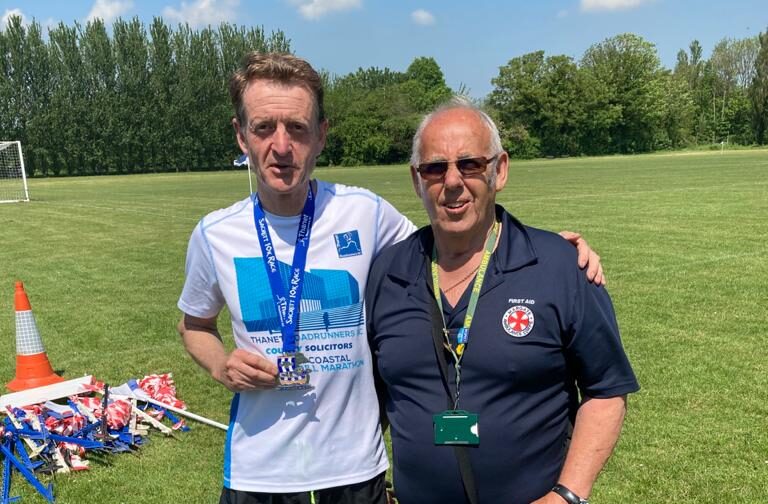 Clear blue skies and sunshine welcomed runners to the Baypoint Sports Club for the first running of the Sackett 10k. Everyone was excited as this was the first Thanet Roadrunners race since March 2020. After collection of numbers and race chips the senior runners at 9.15am were able to watch a keenly run Children’s Fun run with eight to fourteen year olds completing a 1500m course and those under eight running 1000m. All twenty two finishers received a Sackett Fun run medal and fantastic encouragement from the supporting crowds.

With covid restrictions still in place the 10K runners assembled in their designated areas.  There were five waves of thirty crossing the line at one minute intervals after a quick course and safety information briefing given by the race director. At 10.00am the runners were brought forward for a rolling start and they were off.

Runners started running between a channel of cones and tape across the lush grass of the sports club to a turning point that took them out of the club  onto the path towards Pegwell Bay. At 1K the course took a turn into the beautiful Nature reserve and a little shade from the strong sun. Runners had to negotiate the kissing gate onto the coast path where fabulous views of the bay could be enjoyed stretching out into the distance. Parkrunners probably recognised the next turning out of the reserve and up the path next to Sandwich Road.

Runners passed the Viking ship and on up the hill to the entrance of Chalk Hill. About 600m of downhill road to Chilton Road got the runners to the half way mark and then the uphill return route to the barrier greeted by a number of cheerful encouraging volunteers from the club. Their response to runners was very welcome at this stage as fatigue was setting in.

From here the course was downhill covering the same route back around the reserve and back to the club.

The runners were greeted by cheering crowds as they completed the final 500m on the grass where several close sprint finishes were witnessed.

It was great to see so many Thanet Roadrunners vests crossing the line.

A great day was had by the runners and a great tribute to Derek Sackett for his 30years of devoted service to the club. Well done Derek and thank you from all of us at Thanet Roadrunners.

Finally a big thank you to all the volunteers, helpers, Sporting Events and the Baypoint staff who made this day such a great success.

All of the official race photos’ curtsey of David Carr Photography can be found here: https://www.davidjcarrphotography.co.uk/p292467395 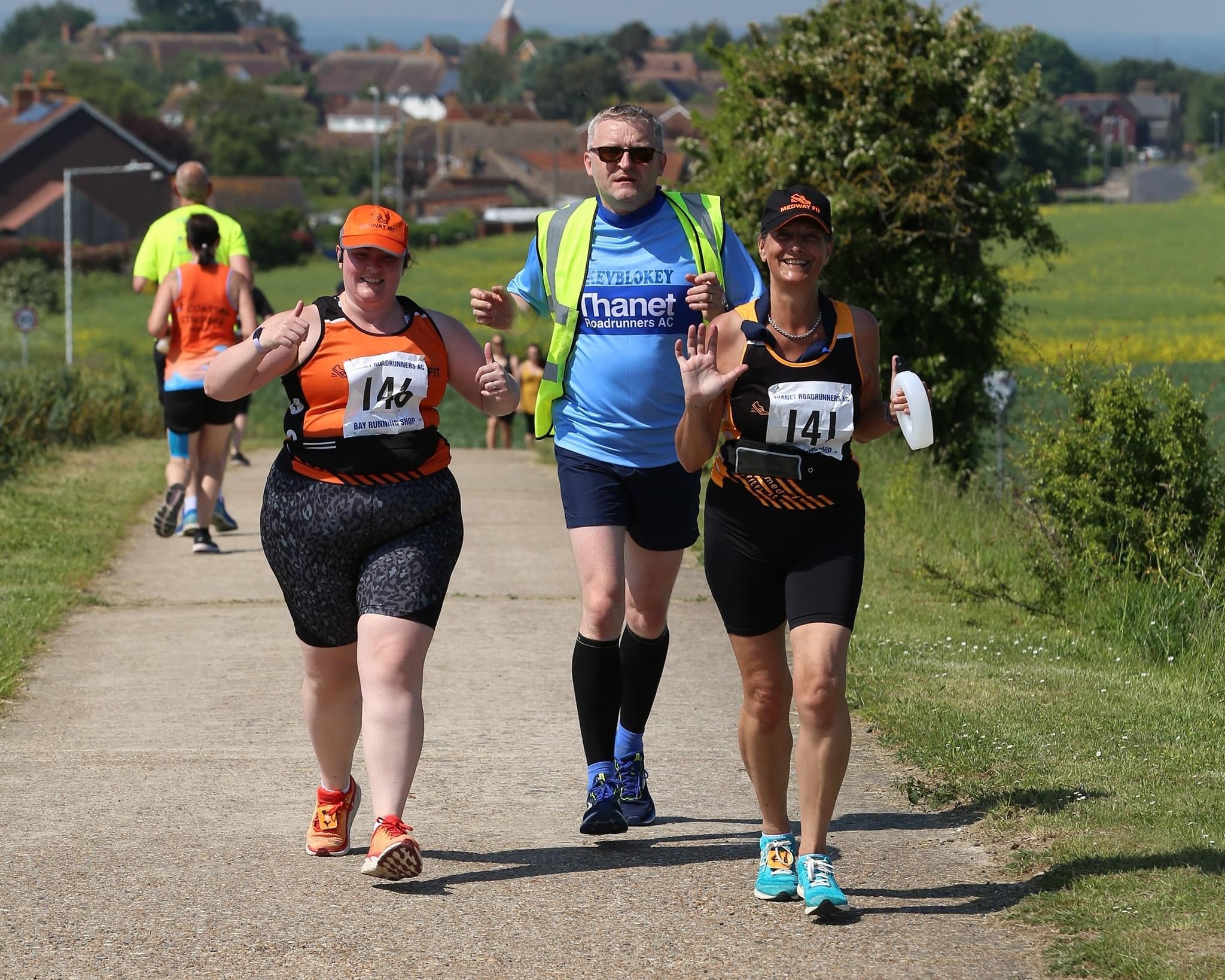 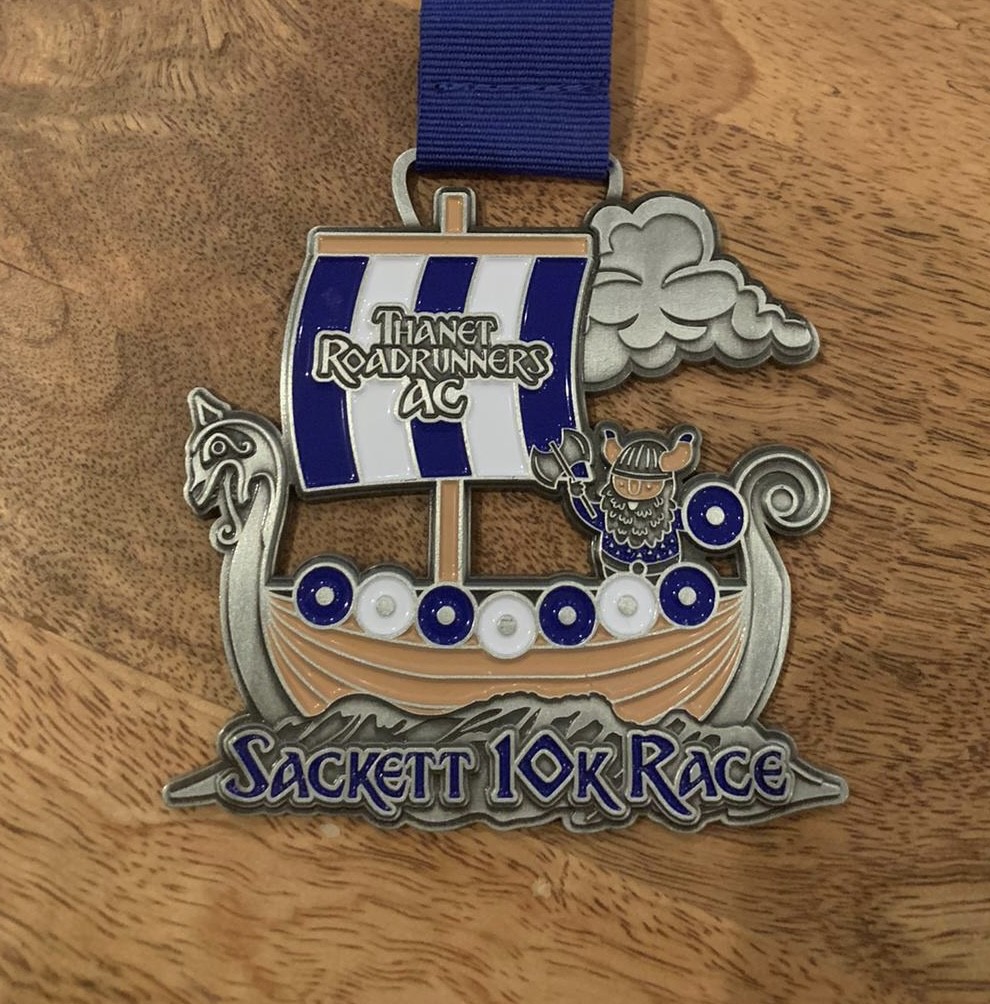