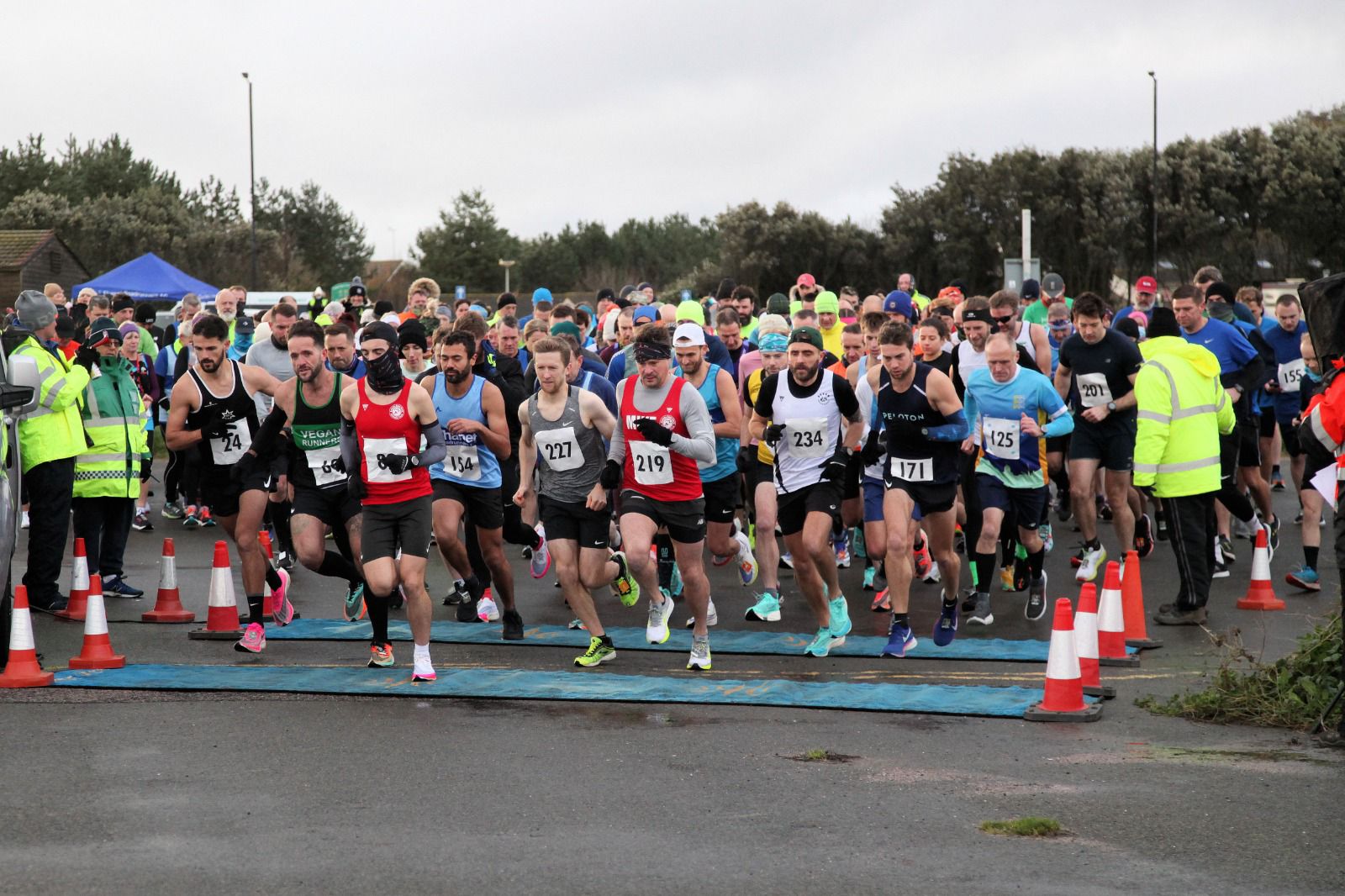 We are grateful to Kev Bullions for writing this race report for the recent Alan Green 10 mile race.  Kev was our friendly tail runner on the day.

Race HQ was the Palm Bay School where race entry, registration & chip collection was taking place in the capable hands of Jo & Jon Holl, Pam Philpot & Nikki Boyes. I was the tail runner for the day and after registering, I took shelter in my car to get out the aforementioned weather after grabbing a coffee from the refreshment truck.

The race started promptly at 09:30 and after following a short loop past the Southern Water beach pollution station the course was then a straight out & back to Westgate, finishing back at Palm Bay. My personal role as tail runner soon saw me in the company of Rachel, Natalie & Natasha from the Illegal Runners and I enjoyed their company for the rest of the race. Shortly after passing through Margate, I first saw the lead runners on their way back to the finish.  It was noted that quite a few TRAC vests were in the leading runners, not least those worn by Jay Bailey, Chris Brenchley & Ryan Dargan to name but three.

Running along the coast at this point with the tide in meant as well as the on/off rain trying to get you wet, the occasional crashing wave was trying its best as well.  These waves were also responsible for throwing up seaweed onto the prom, just to add to the fun. Soon all other runners had passed us as we turned and headed back to Palm Bay, finally returning two hours & ten minutes after setting off, a personal best for me at this event (been tail runner on both occasions!)

Congratulations to TRAC runners Ellie Garret, Tamasin Dorosti & Sarah Bailey for securing the ladies team prize, Jay Bailey for being the first runner to cross the line in a TRAC vest, Chris Brenchley for winning the V50 category & Gold Southern Counties award, as well as TRAC legend Dave Winch for winning the V70 & Gold Southern Counties award. Also thanks to all organisers & marshals, as well as David Carr for his photographic skills.

Not to forget the Great TRAC bake off competition that supplied a wide variety of delights supplied by our members.  The competition side of which was won by Elizabeth Carr.

We would also like to thank Kev for volunteering to be our tail runner at this event and making sure everyone got round safe and sound.  Photo credit – David Carr photography.