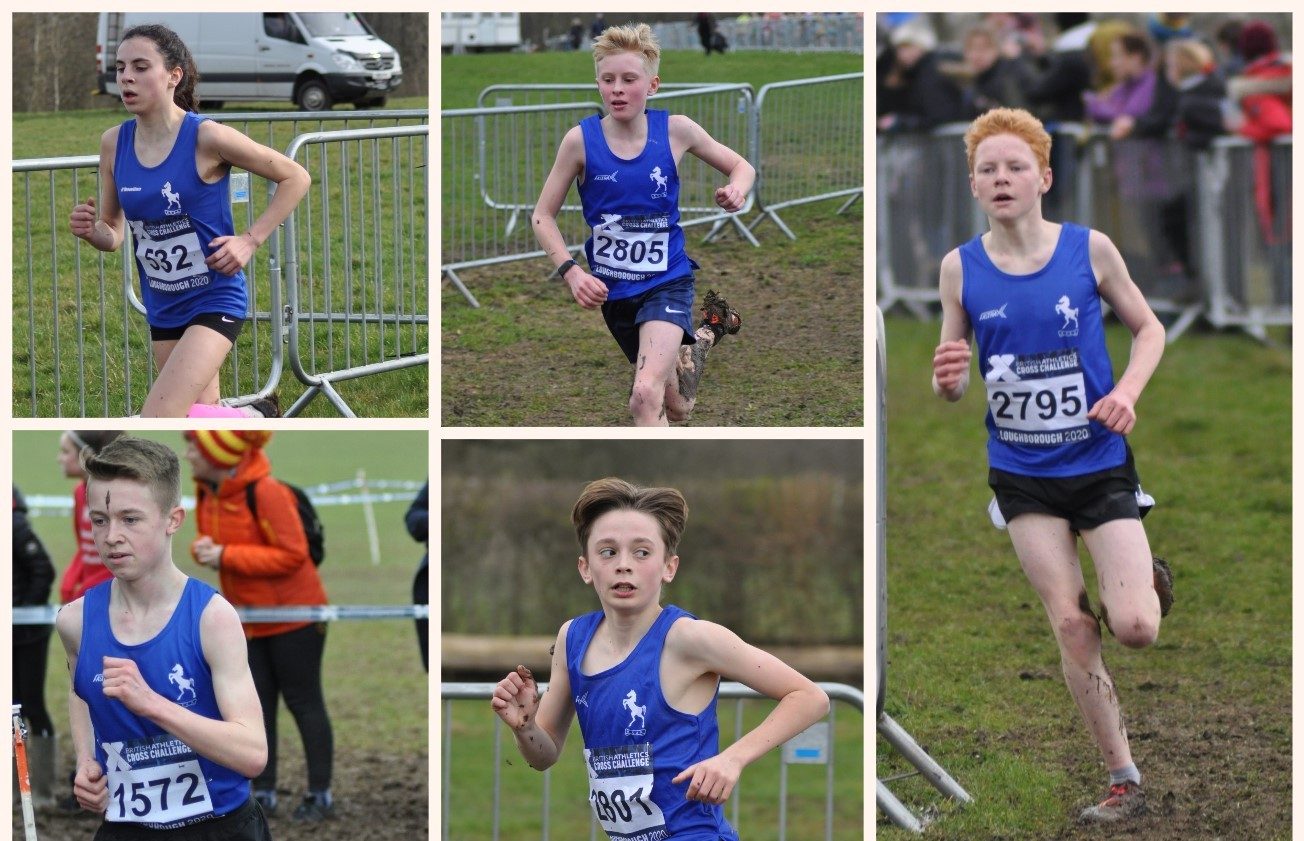 5 Thanet Roadrunners juniors were picked to run for Kent in the British Inter Counties championships this weekend. I ran in the Under 15 boys, Natalia Austin ran in the Under 13 girls and we had three juniors picked in the Under 13 boys (Alex Dack, Riley Maisey and Franklin Shepherd) which shows our strength at this level.

I travelled up to Loughborough on the 6th March and I stayed overnight in a hotel and travelled to the course the next morning, it was a short drive to the course which meant I didn’t have to wake up as early as I have for other races. The course was fairly hilly and was covered in thick, gloopy mud which was like clay with the odd bit being dry. The start of the race was very fast as there was a tight turn early in the race, I struggled to get out but when the race settled down I started catching people. I was mostly struggling on the thick mud and felt very strong on the flat dry bits. I was gaining places throughout the race and finished 22nd and 6th in my year out of 280 runners. I was happy overall with my race but I felt I could have done better.

Natalia finished 21st in her race out of 306 runners.

Alex Dack produced the best Thanet Roadrunners performance of the day and finished 5th out of 293 runners and was followed by Riley in 60th place and Franklin who was carrying a knee injury in 133rd place.

It was great having so many Thanet Roadrunners juniors picked to run for Kent and I’m sure there will be more next year.

My next race is the English Schools championships on the 14th March in Liverpool where there will again be a good number of Thanet juniors running for Kent.