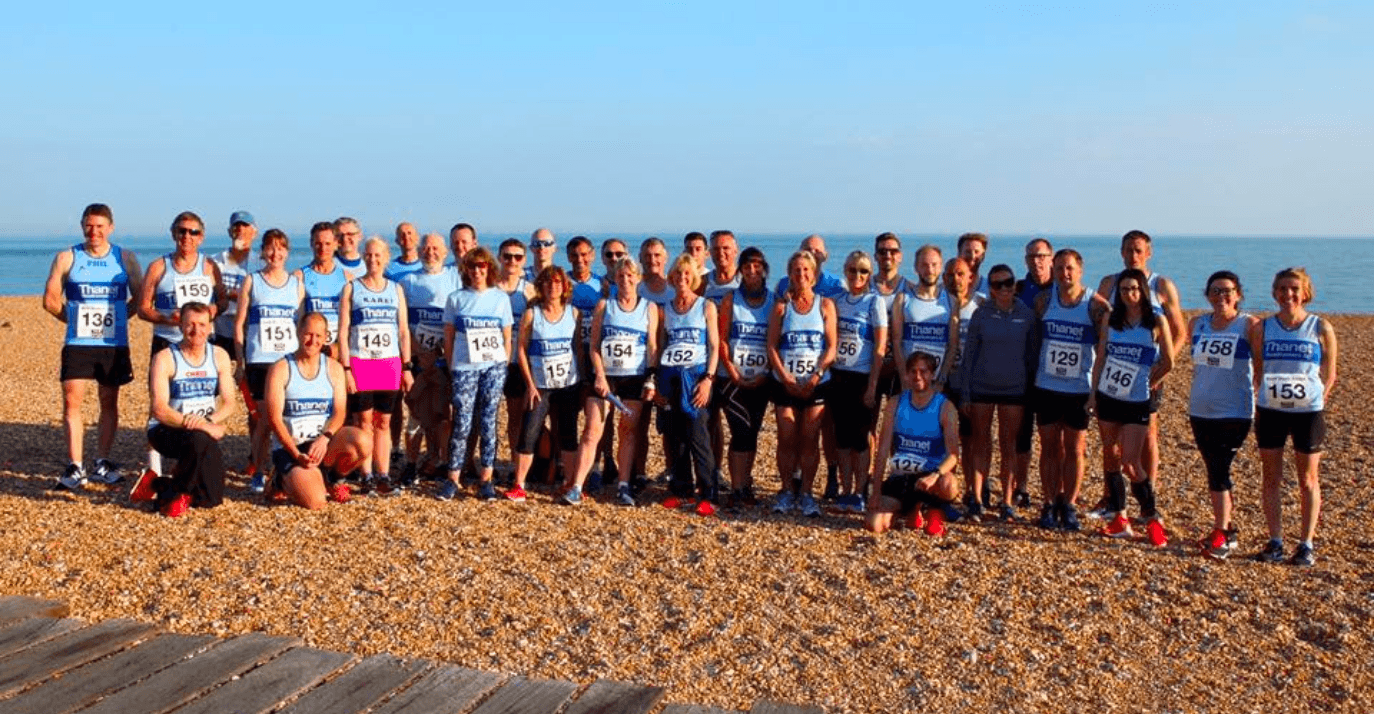 40 Traccie’s with 7 teams of 25 men and 4 teams of 12 Ladies plus a mixed team of 3 took part in the first of the east Kent summer relays. This round was at Folkestone competing against clubs in the area over a short distance each of around 4km including one hill we tackled twice on the course.

Dan Clarke headed up our senior men’s A team in a fantastic time of 14:25 handing over the batten to his team of debutants to the relays Jamie Collins and Tom Parkin. Alfie Grafton had the anchor leg for his first race in a men’s team since being a TRAC junior clinching a 7th position out of 10 in this highly competitive league. John Dickerson lead out our B team to a 3rd place out of 7 in the B league.

Genevieve Case led our senior ladies out giving the team a fantastic 2nd place result out of the 9 teams.

The Ladies V35 team included debutant Julie Neaves on the anchor leg picking up a valuable point early in thecompetition.

Maria Skinner showed the way for her V45 team out in another great time of 15:40 to see the ladies on their way to a great 2nd place out of 8.

I led out our V40 men’s team handing the batten to relay newbie Paul Brackenborough helping to complete a respectable 4th place out of 7. A few new runners Kevin Bullions from our C25K runners, and Royston Robertson competed in the event in the V40 B teams league.

The Ladies V55 team had a fantastic first start to the relays with Elizabeth Carr clocking a good time to clinch 2nd placeby just over a minute.

Our mens V50 team scored a 3rd place out of 7 in the event with more debutants Phil Stevens and Simon Cowdery, whilst our familiar V60 A team came 1st out of 4 with our outstanding athlete David Winch running a 16:45 within the top 30% on the night and the team a enjoying 3 minute lead.A V60 B team gave our chairman Terry Brightwell an anchor leg.

My runner of the day goes to Pete Heath for making up a team following volunteering to be on the bench in any category, offering lifts to the event and assisting two new runners to get a benchmark time in a mixed B team.

Thanks to all the runners and supporters on the night and the assistance of the previous captains during the transition.